INCLUDING TOTAL PROTECTION PLUS IN YOUR BUSINESS MODEL WILL PROVIDE PEACE OF MIND FOR YOUR CLIENTS AND SECURE A FIXED CASH EXIT STRATEGY.

ABOUT TOTAL PROTECTION PLUS (TPP)

Total Protection Plus is an innovative guaranteed assets buy-back product. Total Protection Plus Inc, Limited., is a company formed to act as the program insurance policy holding company that provides carefully tailored solutions for Re-insured products for emerging opportunities namely in the evolving digital asset space.

Bespoke International’s approach to the insurance markets is built on a foundation of effective risk mitigation strategies coupled with a robust knowledge of its clients’ goals and needs. We apply sound underwriting through experienced industry expertise and pride ourselves on sophisticated, targeted product structures and solutions. We attract insurance and reinsurance clients from around the world seeking flexible solutions for a wide variety of risks. We differentiate ourselves by creating innovative and customized solutions for complex risks.

We create peace of mind for the client, no more "What If's?" We work directly with your business to build value and protection into what you already offer. 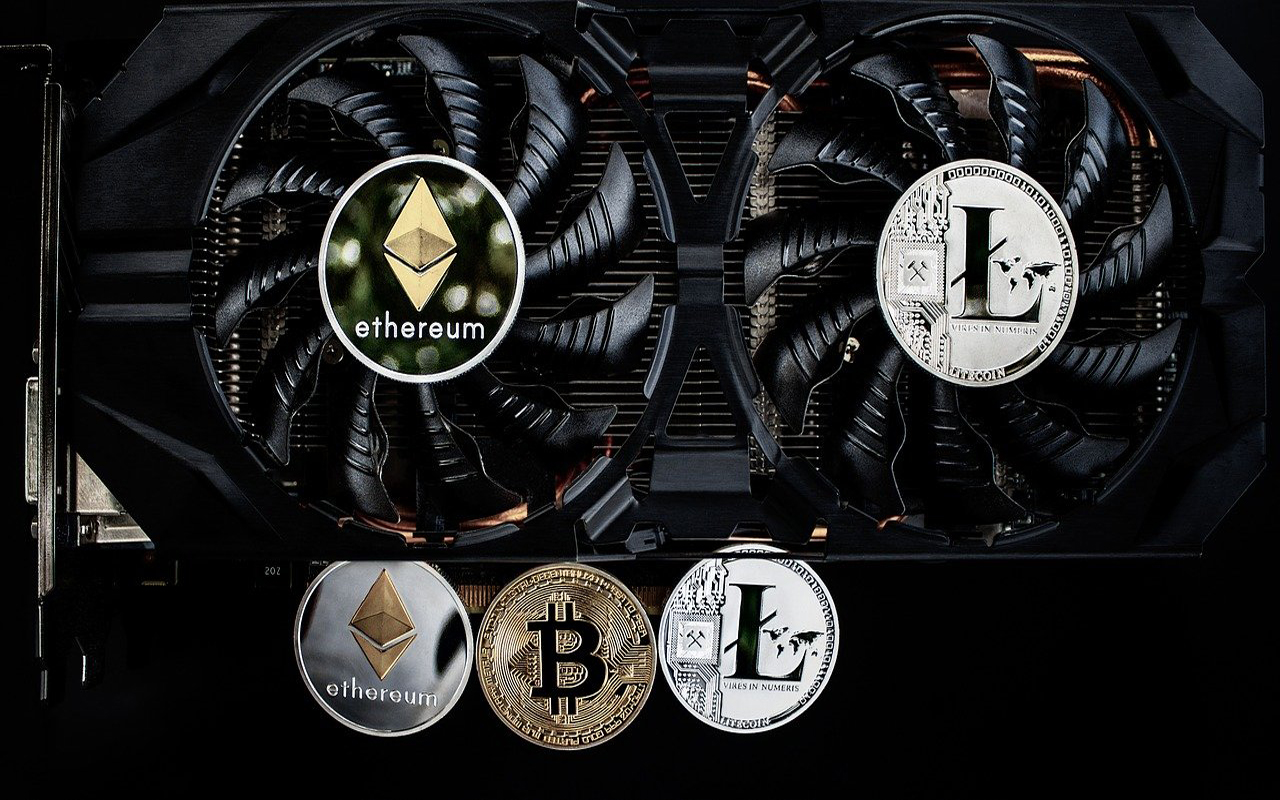 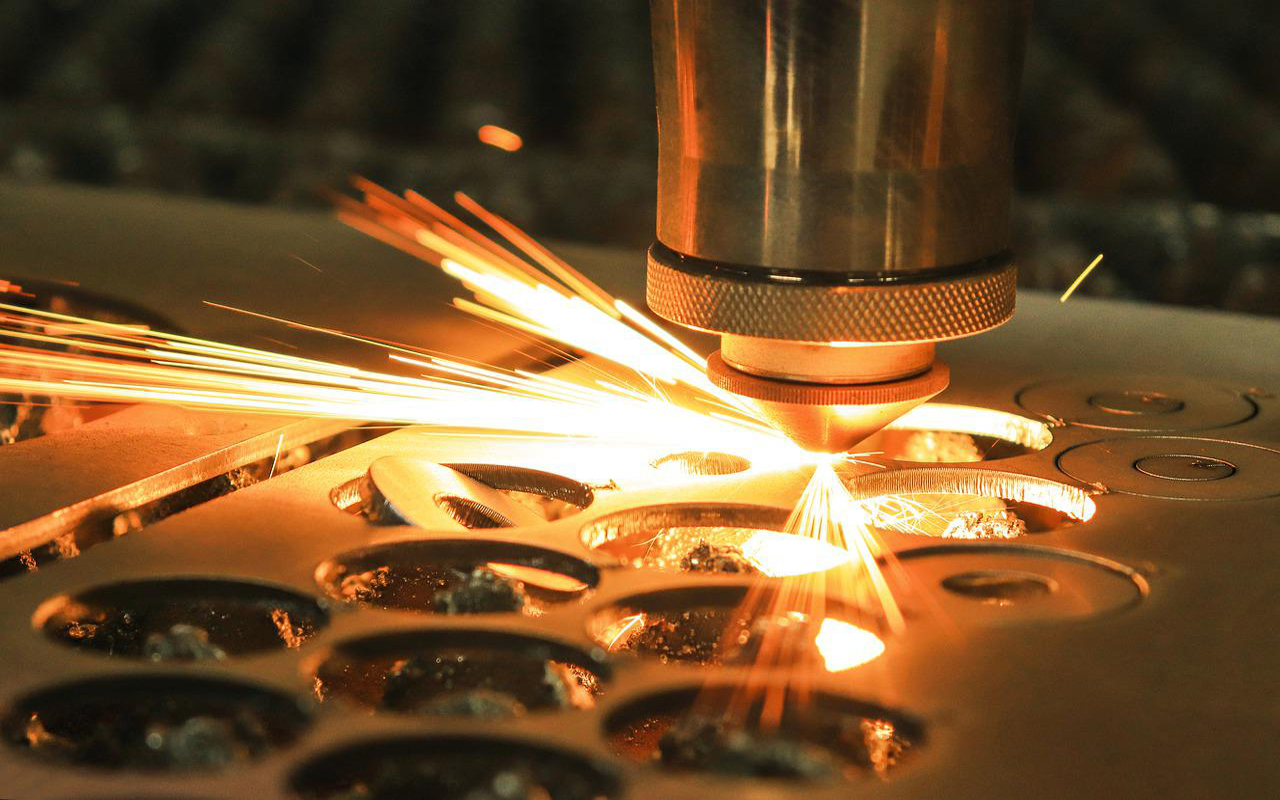 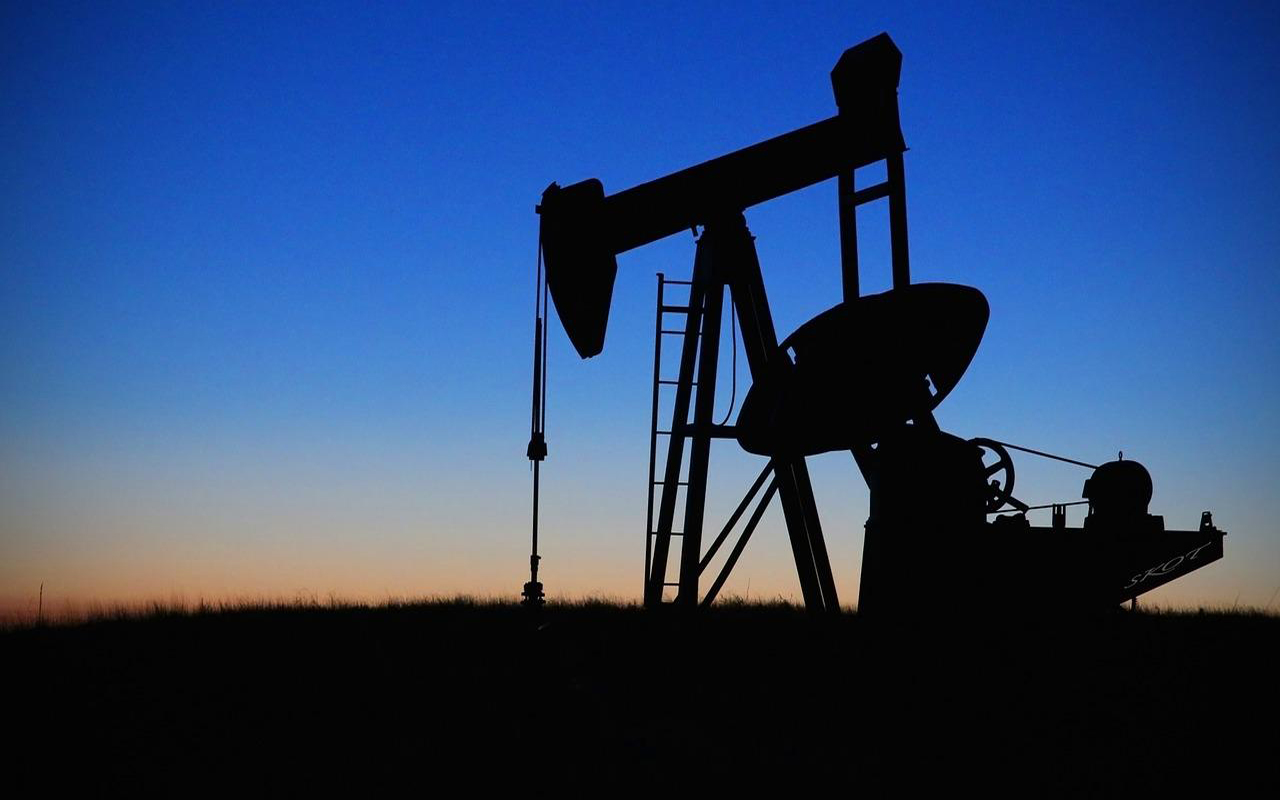 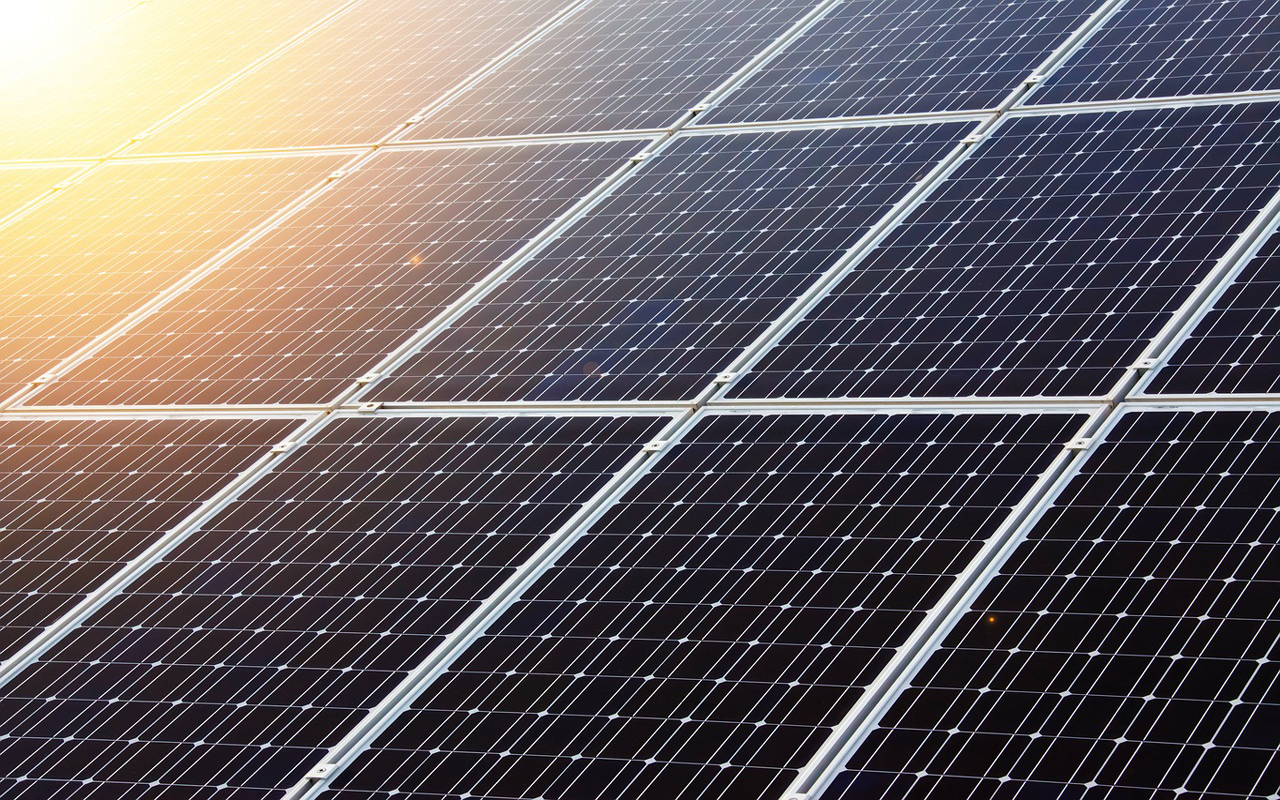 Allied Group Holdings Limited, Labuan, Malaysia, are owners of multifaceted businesses located around the globe and are equipped to avail benefits from the rapidly changing dynamics of the global economic and socio-economic climate. The diversity of our operation through a multiplicity of companies we hold, each with an independent and unique revenue structure, is our core strength. With decades of experience in trading and financial management areas, we understand the pulse and drift of the markets we operate in and therefore have the capacity, capability, and competence to navigate any enterprise to success.

Allied Group Holdings Limited has evolved with the distinct philosophy of amalgamating strengths of various, seemingly unconnected business activities to viably synergize economic growth in any economy. Optimization of productivity and revenues have remained the core objectives, which enabled the successful establishment of trading, media, services, insurance and asset management companies in various countries spread across Europe, Asia and North America.

The Labuan captive business market which utilizes protected cell companies (PCCs) has gained traction in recent years as a cost-effective market of operating captives. This could be attributed to a greater appreciation for self-insurance as a component of a dynamic risk management strategy as well as the recognition of its cost advantages considering the hardening re(insurance) markets.

Labuan FSA (Financial Services Authority) will continue to focus on strengthening Labuan IBFC's position as a captive domicile hub by making the captive sector a primary focus in Labuan IBFC's Strategic Roadmap for the next five years” and that “one of the goals is to strengthen Labuan IBFC's complementary roles to Malaysia's economy which will include the development of the Labuan insurance industry.

As the fastest growing risk and reinsurance wholesale intermediation center in Asia and MENA, Labuan IBFC is now home to 232 insurance and insurance-related entities including 64 captives, with Asia contributing nearly 92% of total captives and the remaining 8% being based in the US and Europe.

Captives are self-insurance vehicles which are strategic risk management tools utilised by many corporations around the world. To date, there are approximately 7,000 captive insurance companies set up globally that enjoy this benefit.

WHAT IS A CAPTIVE

Establishing a captive is not merely about incorporating a company, instead it is about forming a new insurance company. While for many, the decision to obtain commercial insurance cover may be appropriate, for others, formal self-insurance through the creation of a captive insurance company may be more effective to meet a company’s strategic goals.

For businesses with unique or hard-to-place risks, or with risks that are priced too high by the traditional market, captives can be used to provide a bespoke insurance solution that can form a major component of an organization’s risk management program and can support the parent company’s overall risk management strategy.

A captive insurance business offers to insure the risks of its parent or related/associated corporations. Such risks include any legal risk that may be underwritten by a commercial insurer.

Over 75% of the world’s Fortune 500 companies are parent owners of captive insurance companies, with the total captive premium income exceeding USD100 billion via the approximate 7,000 captives established worldwide.

In Asia, the captive insurance sector has the potential for significant growth, as businesses in the region increasingly consider self-insurance vehicles as part of their risk management strategies.

WHY FORM A CAPTIVE?

Key benefits of setting up a captive include:

Different situations require different solutions, which is why we consider all options before we decide on the best way forward — whether we’re planning our business strategies, weighing up a risk, or handling our clients’ claims.

Risk mitigation embodies the essence of what we do at Total Protection Plus Inc, Limited, which makes us one of our industry’s leading experts in specialty insurance and (RE)insurance.

While Total Protection Plus Inc, Limited is a relatively new company, our team’s experience and industry knowledge has been growing for decades.

Our focus on flexibility allows us to tailor innovative solutions for our clients and build long-term relationships that provide them with continuing value well into the future. That means getting to know our clients, their needs, and their challenges so we can provide them with the best possible products and services.

Risk improperly mitigated can be costly. Risks can cost human lives and cause property damage with consequent revenue or profit loss if not planned for and handled correctly.

Our reinsurance knowledge and relationships are extensive and span decades of experience.

We focus on building long-term relationships with reinsurance partners who have track records and reputations for sound underwriting and have exposures that make risk transfer a vital aspect of their business needs.

We carefully choose where we apply our expertise and take an intellectual approach to everything we do as we continue to build a diversified and increasingly international business. We look at risk management not only as minimizing downside, but also as a way of actively adding management value to our investment portfolio. We also share our expertise with our clients by drawing on our skills and experience to offer informed opinions and insight, which provide an additional layer of value.

OUR APPROACH TO BONDING

Total Protection Plus Inc, Limited is an established leader in many of its chosen markets. Each of our business lines is run by a highly respected and experienced industry expert who possesses in-depth knowledge of the industries we serve and also an exceptional ability to create targeted product solutions.

Total Protection Plus Inc, Limited’s approach to the insurance markets is built on a foundation of effective risk mitigation strategies coupled with a robust knowledge of its clients’ goals and needs.

We apply sound underwriting through experienced industry expertise and pride ourselves on sophisticated, targeted product structures and solutions. We attract insurance and reinsurance clients from around the world seeking flexible solutions for a wide variety of risks.

1. WHAT ARE THE BENEFITS OF USING TOTAL PROTECTION PLUS?

2. HOW DO I KNOW TPP WILL BE THERE IN THE FUTURE?

This is a 100% secured program, by a portfolio of assets, with a consortium of insurers and reinsurers to ensure its obligations, subject to all terms, conditions, and restrictions of that insurance policy. In simple terms TPP pays the premium at point of sale from its proceeds to ensure the funds are guaranteed. In the unlikely event that the sales company or TPP are no longer in business, your Option is protected and guaranteed by the insurance, and your option will remain in place and available to you under the same terms and conditions.

3. WHAT ARE THE REQUIREMENTS TO BE ELIGIBLE FOR THE BUY BACK OPTION?

That's it, no hidden rules or clauses.

4. WHOM DO I NOTIFY WHEN I WANT TO EXERCISE MY OPTION?

All notifications must be delivered to TPP by registered mail. The address is:

5. WHAT HAPPENS IF I WANT TO REDEEM MY OPTION, HOWEVER, I HAVE NOT REPORTED IT WITHIN THE “NOTIFICATION PERIOD” SET FORTH IN THE TPP BUY BACK OPTION TERMS & CONDITIONS?

You must submit your “Intent to Exercise Form” within the "Notification Period," which is defined in your contract. If you miss the Notification period, you forfeit the right to exercise the money back option and or you will miss that early exercise window.

6. WHAT IS THE NOTIFICATION PERIOD?

The Notification Period is the one-year period halfway through your term. For example: on a 10-year term it is the time period between your 5th anniversary and your 9th anniversary dates. If you cannot find this simply let us know and we will confirm your specific notification period.

7. WHAT HAPPENS IF THE OWNER GOES INTO ARREARS WITH ANY RELATED COSTS?

If at any time between your Purchase Date, your Notification Date and/or your Closing Date it is determined that you are ninety (90) or more days past due on any fee payments, you will receive a" Delinquency Notice" – on a one-time only basis – from TPP, reminding you that if these fees are not brought up to date within thirty (30) days, your Option will be forfeited. However, only one Delinquency Notice will be provided, and in the event that you become ninety (90) or more days past due, then you will forfeit your rights under your Option. Please note these, as applicable, fees are from your point of purchase only, as TPP never charges you any fees of any kind.

8. HOW WILL I KNOW I HAVE A BUY BACK OPTION?

At the point of sale, the company you are purchasing with will advise you whether you have the Buy Back Option or not. You will then get a confirmation and certificate from TPP. If you have not received this document from TPI but believe you are eligible for the Buy Back Option, you must contact an authorized representative of TPP’s Membership Association Program immediately. Email us at info@gettpp.com

Your TPP Money Back Option can be transferred only to a permitted transferee as determined by the sales company or investment group. It is your responsibility to contact the sales company to make these arrangements in advance to ensure the person can be registered as a permitted transferee before the sale to ensure the Buy Back Option remains valid.

10. CAN I TRANSFER MY BUY BACK OPTION?

11. WHAT IF I WANT TO EXIT MY PROGRAM EARLY AND IT’S NOT IN A PRE-DETERMINED EARLY EXIT YEAR?

Your program may have early exit options, and these are clearly defined in your contract. There are no other options beyond what you agreed to at the time of your purchase, and you must fill out your notification form in the year-long notification period as applicable (for example in year 5 to receive your Buy Back Option in year 10).

12. WILL THE BUY BACK OPTION AUTOMATICALLY GO TO MY HEIRS IF I PASS AWAY?

Your Buy Back Option will be transferred to your heirs along with the program/investment that it is associated with. These would be considered a Permitted Transferee, and this would be handled by your sales company and TPP on your behalf.

13. CAN I CHANGE MY MIND IF I HAVE FILLED OUT THE PAPERWORK FOR THE NOTIFICATION PERIOD AND THEN DECIDE NOT TO TAKE THE BUY BACK OPTION WHEN THE TIME COMES?

Yes, if you filed for your cash back and when the time comes you decide to wait until the next period or waive your Option, you are free to do so. TPP will always keep in communication with you regarding your options in each case. For any and all other questions please feel free to contact us via email at info@gettpp.com.